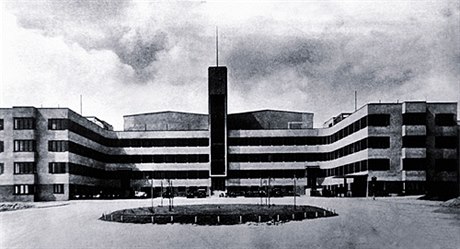 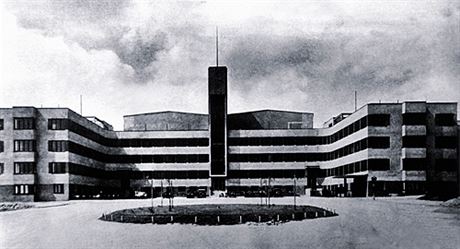 As it clocks up its 80th anniversary this November, Barrandov Studios could not be a better barometer for the mercurial fortunes of the Czech nation. The calm nature of the massive main site of the studios belies a place that has been swept by the tides of history — and which also played a role in events.

The symbiotic relationship between the studios and the Czech nation began in 1931. The catalyst came from civil engineer Václav Havel, the father of the celebrated dissident and playwright who would become president after the 1989 Velvet Revolution.

The elder Havel had been inspired. Barrandov, a Prague suburb located on the mountainous plateau to the southwest of the Czech capital, was named after the French geologist Joachim Barrand, who had discovered trilobite fossils in the area. Detailed plans for the studios were drawn up by a leading architect, Max Urban. Built in the hills, the studios have a “clear horizon” allowing cameras to sweep across the vista without hitting obstructions.

“The cornerstone of the studios was laid on 23 November 1931,” Barrandov Studios marketing manager Jan Hlubek told Czech Position, noting celebrations of the 80th anniversary have already begun. “The first day of shooting at the studios began on January 23, 1933, for the film ‘Murder on Ostrovni Street,’ directed by Svatopluk Inneman.”

The anniversary has been marked with a series of events. “The year began with our presence at FebioFest [in March] with a retrospective of films. We then had a cocktail party at Cannes, which was a great success,” Hlubek said.

An exhibition of the history of Barrandov Studios is at the Gallery of Arts in Karlovy Vary — home of the country’s most famous international film festival — which will run until September. “It has had a lot of visitors and generated a lot of interest,” Hlubek said.

Already at their opening, Barrandov Studios were considered the most cutting-edge and technically advanced in Europe. It was a brief golden age of Czech cinema, the likes of which was not again to be seen until the New Wave in the 1960s.

The Munich Agreement of 1938 and occupation of Czechoslovakia the following year was to see the successful studios become a tool for the occupying Nazi forces. Barrandov Studios were soon expropriated from their Czech owners. The German occupiers gradually increased their shares in the company in such a manner that saw the original Czech AB Corporation liquidated and replaced by the German Pragfilm. ‘Goebbels saw Barrandov as an alternative, safe location to Berlin, which was under attack from Allied bombers.’

Once the takeover was complete, the Nazi propaganda machine headed by Joseph Goebbels was quick to make the most of Barrandov Studios. “Goebbels saw Barrandov as an alternative, safe location to Berlin, which was under attack from Allied bombers,” Hlubek said. The Nazi occupiers constructed three more sound stages which would become known as the “New Halls” as an addition to the original “Havel Halls.”

During the period of the Protectorate, some 82 films were made at the studios. Despite some minor damage during the Prague uprising in May 1945, the studios ended the war largely unscathed. But the liberation of Czechoslovakia was to pre-empt another major transition in the history of the studios.

“As far back as 1944, efforts had been made by left-wing Czech filmmakers to renationalize the studios. This had included lobbying the Czech government in exile in London to do so,” Hlubek said. This wish came into fruition when the President signed Edict No 50, which saw the studios revert back to state ownership. The former manager of the studios, Václav’s brother Miloš Havel, went to live in Munich and never returned to his native Czechoslovakia.

Once more the fate of the Czech nation and that of the studio were intertwined with the Communist coup of 1948 heralded the beginning of four decades of another sort of dictatorship; Barrandov’s position as a prime site for film and televisual production was again harnessed for the production of propaganda, with a short reprieve.

“The mid- to late-1960s saw a brief episode of creativity, which put Czech cinema at the forefront of avant-garde filmmaking and very much back on the world stage when it came to gaining critical acclaim and awards,” Hlubek said.

The emergence of these talented directors coincided with call for political reform or “socialism with a human face” led by Alexander Dubček. The Czech charge was led by directors such as Miloš Forman, Věra Chytilová, Jiří Menzel. Pavel Juráček and Evald Schorm. “Films such as Menzel’s ‘Closely Observed Trains’ (1966) and Forman’s ‘Loves of a Blonde’ (1965) are just some of the films of the era made at Barrandov Studios which have received world-wide attention and won many awards,” Hlubek added.

This blossoming of talent was bought to an abrupt end with the Warsaw Pact invasion of Czechoslovakia in August 1968 that brought an end to what became known as “The Prague Spring.” Directors such as Forman fled abroad to continue their careers in exile. What followed were the locust years for Barrandov Studios.

The free artistic discourse ended in parallel with calls for political reform and the subsequent clampdown. Directors such as Forman fled abroad to continue their careers in exile. What followed were the locust years for Barrandov Studios. However, during the 1980s, the studios continued produce about 30 films a year. It was also the location for the production of the majority of television programs for Czechoslovakia.

Away from the rolling camera and lights of the studios, the site has extensive woodwork and metalwork workshops where skilled craftsmen are busy building the extensive sets that form the backdrop for many films and television programs. “Most recently, the workshops and scene builders recreated medieval Rome for the French-German coproduction ‘The Borgias,’” Hlubek said.

With the fall of the Berlin Wall and the Velvet Revolution, the fate of Barrandov Studios and that of the Czech nation were once again dramatically linked. The end of Communism once again bought major transition and a change of ownership, this time from its being a state-run entity to being cast back onto the choppy waters of free market capitalism. ‘With a renowned international film pedigree stretching back more than 50 years, the return to the private sector provided more of an opportunity than a threat.’

“With a renowned international film pedigree stretching back more than 50 years, the return to the private sector provided more of an opportunity than a threat, and it proved to be a catalyst for development,” Hlubek said.

This latest period saw the construction of a new 4,000 sqm studio. A plethora of high-profile productions have been filmed at Barrandov, including “The Bourne Identity,” “Casino Royale” and “Prince Caspian.” The studio complex had become the hub for the Czech media with large-scale broadcasters such as TV Nova having its headquarters there.

“As well as films and television series, the studios has become a significant hub for the filming of advertising commercials. This is due to our Central European location, affordability and professional crews who speak English,” Hlubek said.

There is also a cluster of companies associated with film, TV and broadcasting productions located there. Currently owned by the Moravian Steel Company, Barrandov Studios, like many businesses across the Czech Republic, has been buffeted to some extent by the ripples of the world economic meltdown, but is now beginning see the proverbial green shoots of recovery. For a tough as old boots veteran like Barrandov Studios, it’s been very much the case of a storm in a teacup.