Built at a cost of Kč 7.2 billion, Ernst & Young says multifunctional indoor arena in Prague is worth at most Kč 1.57 billion 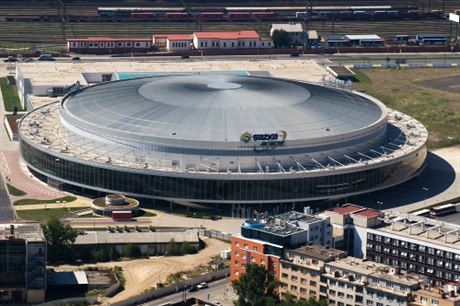 The O2 stadium is profitable but Sazka is struggling to pay off a Kč 8 billion debt foto: Foto: ČTK, Česká pozice 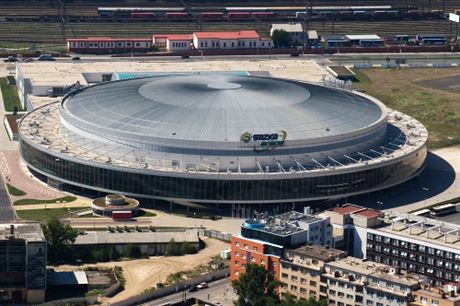 Completed in time for the Ice Hockey World Championships in 2004, the 02 Arena (originally the Sazka Arena) multifunctional indoor sports and entertainment complex in Prague reportedly cost Kč 7.2 billion to build. The project proved to be the financial downfall of the lottery firm Sazka, which until recently was majority owned by the Czech Sports Association (ČSTV). Now the bankrupt lottery firm’s creditors are now looking to sell the arena, but auditor Ernst & Young has valued it at a maximum of Kč 1.57 billion.

The O2 Arena is owned by Bestsport, which was established to oversee the construction and management of the sports and entertainment complex. Bestsport is in turn owned by the Czech Sports Association, the federation of associations for individual sports, and together with Sazka was declared bankrupt in May. While Sazka has been bought out by PPF Group and KKCG, which have established Sázková kancelář to run Sazska’s lottery and other betting operations, Bestsport is now being restructured under the watch of insolvency administrator, Josef Cupka.

PPF Group and KKCG together paid Kč 3.81 billion for Sazka. At the end of October, Ernst & Young valued the company at Kč 3.57 billion, but the bank Česká spořitelna, which is a major creditor of Sazka, challenged the evaluation and came up with its own estimate of roughly Kč 4.5 billion.

At the same time, Ernst & Young valued Bestsport at Kč 1.745 billion, just Kč 400 million more than the price tag the auditing firm has put on the O2 Arena.

PPF and KKCG set to move in

‘KKCG and PPF Group are refusing to reveal the nominal value of the Bestsport bonds they now hold’  PPF Group is owned by billionaire Petr Kellner, the richest Czech, while KKCG is controlled by billionaire Karel Komárek, whose assets include the largest Czech upstream oil company Moravské naftové doly (MND).

Together, they now have an invested interest in the O2 Arena because they hold the majority of the bonds issued to finance the construction of the arena. The arena in Prague’s Libeň district, serves as collateral for the bonds. KKCG and PPF Group are refusing to reveal the nominal value of the Bestsport bonds they now hold.

According to the news server Aktualne.cz, Ernst & Young has evaluated the O2 Arena at Kč 1.37 billion, and Kč 1.57 billion if removable assets are included. The O2 Arena complex also includes a smaller hall that has yet to be completed, but in its assessment the auditing firm deemed it to be worthless.

According to Aktualne.cz, the auditors based their evaluation of the Prague arena upon information about the cost of construction and operational revenues of similar facilities in Europe, first and foremost the Hallenstadion in Zurich, Switzerland.

Offer on the table

According to various media reports, several companies have come forward with offers to buy the arena, the most persistent being Los Angeles-based company Anschutz Entertainment Group (AEG), which owns dozens of sports arenas, stadia, conference halls and sports teams around the world.

At the beginning of this year, former Sazka chief executive Aleš Hušák hosted AEG representatives in Prague, giving them a tour of the O2 Arena, and according to aktualne.cz, in October AEG offered Bestsport’s creditors around Kč 1 billion for the building.

“We’re calling for the reorganization [of Bestsport] and the consequent operation of the arena by the creditors as the new owners. This is a better option than selling the arena under value, which would lower the revenues for the creditors,” KKCG spokesman Dan Plovajko told aktualne.cz.

The news server Eurosprav.cz reported Monday without providing details that KKCG wants to turn the O2 Arena into a giant casino in order to ensure maximum return from its investment into Sazka, but the firm has since denied this. “This information is absolutely untrue,” Plovajko told Czech Position.

Established in 1956, Sazka was the operator of the only numbers lottery in the Czech Republic with profits used to finance Czech sport. This arrangement was preserved after the downfall of the communist regime in 1989 with ownership being given to the Czech Sports Association (ČSTV), an umbrella organization for 72 sports associations, and other non-profit sporting organizations.

‘For every crown that was spent on one child in 1990, now the same crown is divided between four children’The state-of-the-art O2 Arena proved to be a worthy venue for the 2004 Ice Hockey World Championships and regularly hosts concerts and various other entertainment and sports events — the Slavia Prague ice hockey team plays its home games at the venue — which attract extra visitors to Prague and thus is of benefit to the local economy.

Nevertheless, Czech sport has paid the price. According to a recent petition to MPs to address the issue of funding for Czech sports, “Czech sport is in crisis from which it is trying to find a way out of without success.” The internet-based petition under the title “Stars Don’t Fall from the Sky,” which has collected 60,000 voices of support, says that in recent years Czech sport has lost some Kč 2 billion in funding.

“Above all it’s the youth who are paying for this state of affairs. For every crown that was spent on one child in 1990, now the same crown is divided between four children. With this the Czech Republic has fallen to 25th place in the European Union [in terms of financing youth sports],” the petition says.

Although a draft law on betting contains provisions that would oblige lottery and betting companies to transfer a portion of their profits to sport, details have to be agreed upon, and it is uncertain if the law will be passed in its current form.

The ČSTV is to hold an exceptional general meeting on Nov. 26 when its constituent members are to decide on the future functioning of the organization. It is also expected the association’s members will approve the sale of a number of assets, including three skiing centers in the Krkonoš mountains’ Špindlerův Mlýn, Pec pod Sněžkou and Harrachov.

The server euro.cz recently reported that Kellner’s PPF Group became the fourth entity to submit an official offer for the ski centers in the mountains in northern Bohemia. J&T together with the Slovak firm Tatra Mountain Resorts, the Association of Czech skiers, and businessman Tomáš Němcov have also lodged offers.

ČSTV chairman Pavel Kořan told euro.cz on Monday that the sale of the ski centers and other property has not yet been decided and that first the ČSTV members will have to decide on how to divide income from the sale of assets left-over after payment of obligations.