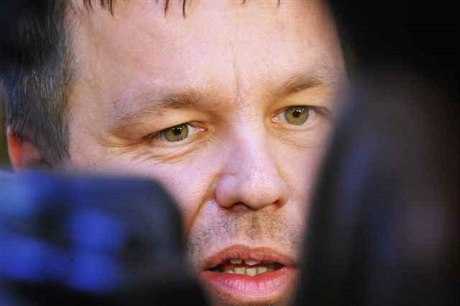 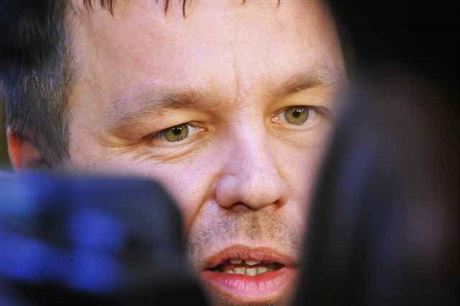 The bill on anti-communist resistance was scheduled to be discussed in the lower house of Parliament on Wednesday, Feb. 9. Yet this did not come to pass, since one hour before the end of the session the Communists (KSČM) asked for an adjournment, thus putting the meeting to an end. “We’re ready to adopt the bill on anti-communist resistance, even if the Communists bang their heads against the wall,” said Petr Tluchoř, head of the Civic Democrats’ (ODS) parliamentary club.

The government had included the obligation to adopt the bill, which would officially recognize the anti-communist resistance, in its program immediately after Prime Minister Petr Nečas (ODS) and other ministers returned from the funeral of Milan Paumer, a member of the famous group led by the Mašín brothers, who in 1953 fled to West Berlin and on the way murdered six people, shooting dead a civilian in the territory of Czechoslovakia and slitting the throat of a tied-up policeman.

Furious squabbles about whether the Mašíns are shining anti-communist resistance heroes or mere opportunists — even assassins — were among the reasons why the acknowledgement of the “third” resistance movement has been delayed. It has been such an emotive topic that the majority of parties and politicians have preferred to avoid discussing it altogether.

Acknowledgement of the “first” resistance, between 1914 and 1918, represented by Tomáš Garrigue Masaryk and Edvard Beneš’s “foreign mission,” Milan Štefánik’s legions and, on home soil, primarily by Šámal’s “Mafia,” was enshrined in the legislation of the first Czechoslovak Republic immediately following its establishment. And the “second” resistance from 1938 to 1945 (i.e., the foreign exile headed by Beneš’s London-based government), Czechoslovak troops fighting for the Allies, domestic anti-occupation resistance units, members of the partisan movement and prisoners of the Nazi concentration camps and jails, was also recognised immediately, in 1946.

Yet, 21 years since the fall of the communist regime, the “third” resistance still does not exist de jure! Although the respective bill, initiated by the then deputy chairman of the “upper” chamber of the Parliament, Jiří Liška (ODS), was approved by the Chamber of Deputies, the Senate, its submitter, withdrew the bill immediately after the left had won a majority in the October elections.

The bill that is now before the Chamber of Deputies is the original Liška proposal submitted by a group of MPs from the ODS and their junior coalition partners, TOP 09 and Public Affairs (VV). Nevertheless, the opinion prepared in December by eminent historians, which is also the opinion of many legislators, has serious flaws.

“We are bringing the bill to the Chamber of Deputies as an undercarriage above which there will be an extensive debate,” Vít Bárta, VV leader, pointed out. Liška’s proposal worked with the terms anti-communist “resistance” and “opposition” while only a “member of the resistance” would be entitled to the social benefits enjoyed by war veterans.

Officials at the Ministry of Defense could only acknowledge as a “member of the resistance” a person who was able to document his or her anti-communist activity over a period of at least 12 months, having been imprisoned for three years or having carried out an act of exceptional merit. At the same time, it would not be possible to appraise members of the Communist Party of Czechoslovakia or other key organizations of the communist regime, yet, on the other hand, a person’s activity as a former functionary of the Socialist Union of Youth would not be deemed objectionable.

The ministry bureaucrats could make exceptions since they alone would decide what documents, photographs and testimonies to recognize or not as proof of anti-communist resistance activities. Historians too are to be invited to amend the bill, hence, perhaps the mechanical “pigeon-holing” of the members of resistance without respecting the reality, which was different in the 1950s and in the final era of communism under Jakeš, will perish. This would have been a good sign for the bill’s adoption.

If, at the last moment, the coalition government had not submitted the conception formulated by Petr Gazdík, head of the TOP 09 parliamentary club, of a “lifelong punitive tax.” This tax would serve to “punish tormentors (the former communist party functionaries, i.e. district secretaries and higher, members of the secret police and others) for doing wrong to others.” Say, one tenth of their pensions would be confiscated and transferred into a special fund, from which members of the anti-communist resistance (of whom fewer than two thousand are still alive) would be paid two or three thousand crowns a month.

The role of the Constitutional Court

A similar Act is in force in Poland, and the country’s Constitutional Court has not annulled it. This, however, does not preclude the possibility that the Czech Constitutional Court would decide otherwise. The pensions of district Communist Party secretaries and members of the secret police (the communist paper Haló noviny claims that they are not high) were calculated on the basis of the legal regulations valid at the time.

Decreasing their pensions retroactively is not acceptable in a legally consistent state, and our Constitutional Court does not tolerate retroactivity! Moreover, should the Act not assess the individual culpability of particular “tormentors,” it could be deemed as discrimination against a certain group of citizens. According to Pavel Kováčik, head of the communist MPs’ club, in such a case the KSČM would be determined to turn to the European Court of Human Rights.

By the way, Kováčik said that “taxation of people for what they were in the past” should not only be applied to secret police members and Communist Party functionaries but also “the functionaries of the Christian Democrats and the Socialist Party,” since “the country was not ruled by the Communist Party but the National Front”! Yet this is a somewhat hypocritical statement, which most likely relies on the fact that senior citizens don’t remember anything and the young know nothing about the existence of a “National Front.”

Let us remind ourselves that the National Front was a “vehicle” for the execution of the policy of the Communist Party, which in 1960 was by the Constitution of the Czechoslovak Socialist Republic attributed the role of “the leading power in society.” In a nutshell, the official recognition of the communist resistance is a matter of moral imperative and cannot be further delayed.

Petr Gazdík is right to suggest that the implementation of a “punitive tax” should be the subject of a separate Act; However, even a cleverly written bill will be controversial and will almost certainly end up at the Constitutional Court. Should the court abolish the “punitive tax Act,” it would be better if the Act on anti-communist resistance were not taken down with it, which would definitely be the case if they were combined in a single legal rule.