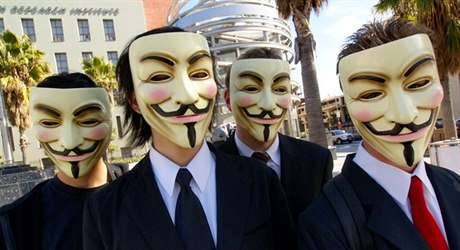 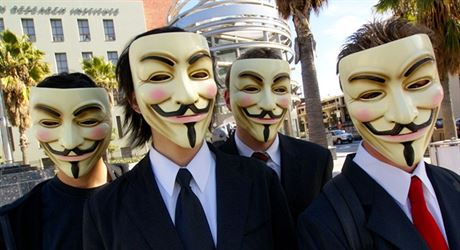 Hackers claiming adherence to the Anonymous movement have for the second time in two months released personal details about members of the largest of the three parties in the ruling Czech coalition, the Civic Democrats (ODS), the server pooh.cz reported on Monday morning.

This time, however, details including mobile telephone numbers and personal ID card numbers were made public — made available for download in Microsoft excel format from the site ods.6te.net, which already by 10:00 on Monday was not available.

In a message to the ODS posted at that address, the hackers say they resorted to the “difficult to defend” measure of publishing the personal details due to the party “ignoring the opinions and interests of all the citizens of this republic.”

Further in the message the hackers says they decided to take the action because the ODS has attempted to criminalize the Anonymous activists using judicial power (with which, they claim, the party has suspicious ties to and has robbed of its independence).

On February 2, Anonymous hackers hijacked the ODS’ website, first and foremost in protest of the Czech government’s endorsement of the Anti-Counterfeiting Trade Agreement (ACTA) and released the names and some personal details about all 27,000 ODS members. The party responded by filing a criminal complaint.

The list made available on Monday reportedly contains more complete details about ODS members — including the personal ID number and mobile number of the party leader and Prime Minister Petr N?čas.

A little over a week ago the daily Právo reported an anonymous police source as saying investigators are also working with the version that the leak of ODS members’ information at the beginning of February was an inside job.

“They’ve got quite a big mess with in their records; therefore, it wouldn’t be at all surprising if one of them [an ODS member] took the information from the database and passed it someone outside. The materials are genuine and correct,” the source said.

ODS deputy chairman Pavel Blažek told the daily Mladá fronta dnes that a meeting of the party’s wider leadership, the so-called gremium, will decide whether to file a complaint to the police over the latest leak of information. “I predict that some kind of criminal complaint will be filed,” he said.