Teplice will be the world capital of animation for the week of April 26, with 350 films and a host of international and Czech animators 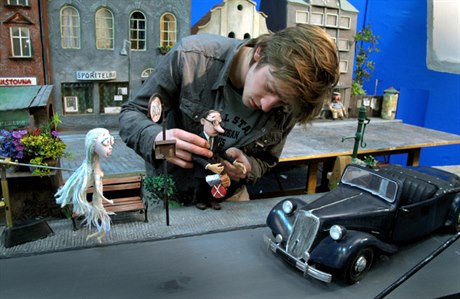 The Car Fairy Tales puppet exhibition will show how part of the animation process is done foto: Anifest, Česká pozice 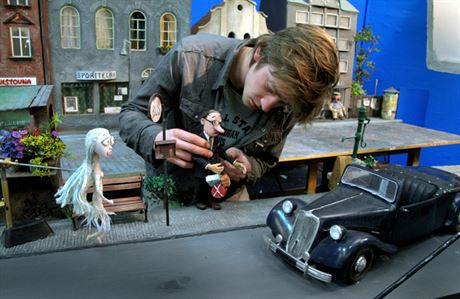 The 10th international festival of animated films, Anifest, will take place in the Northern Bohemian city of Teplice from April 26 to May 1, featuring screenings of animation from around the world with a number of world-renowned artists in attendance. Anifest’s executive director Jakub Hora told Czech Position that the festival caters both to fans of animation as well as to the more specialized interest of animation students and professionals.

Competitions for features, shorts and student films will take place among a total of 10 categories, with a total of 350 films being shown throughout the week. The films being screened were chosen from 1,500 movies from 62 countries. For the artists there is the chance to interact with the broad expanse of people active in the industry, from makers of hand-drawn shorts to 3D specialists to video game designers.

The range of animators showing their work at Anifest is not only impressive in terms of geographical spread, artistic styles and varying animation techniques, but in terms of the age of the artists whose works are being screened.

There will be a look back at the work of the “Czech school” of animation, the oldest and best-known generation of Czech animators that contains legendary names such as Zdeněk Miler, Zdeněk Smetana and Adolf Born (90, 85 and 80 years old respectively). And while Miler, for example, is best known for his children’s animation like Krtek, the work of his being screened, “Red Stain” (Ruda Stopa, 1962), could be seen as a foreshadowing of the 1968 invasion. The short depicts a fisherman being shot dead by a passing tank. His blood soaks into the ground and rises up as red flowers, as if in remembrance.

The work of lesser-known members of the Czech school of animation will be shown as well, and many of the directors will attend the festival to talk about their work.

At the other end of the age spectrum are competitions for films made by children in both under 12 and 12-15 year age groups. While some of the films are collaborative efforts, others are the work of extremely enterprising and skilled young animators. The films use a number of traditional, pre-computer animation techniques such as pixilation, drawing on paper, cut-outs, clay and painting on glass.

Animation students are a big part of the festival, and Hora says there are numerous draws for them to attend. “They will come to see their films in the competitions and also there are special seminars and workshops on animation,” he said.

One of the student competitions is devoted to schools from the Visegrád group of countries. “What is interesting is that the jury for this competition is not from any of these countries, but from France, Germany, etc., and they are coming to see what’s happening in Central European animation,” Hora said. For the students, of course, the contact with professionals from  western countries is another obvious benefit.

The interest from western industry professionals and the benefits for regional students are not wholly confined to artistic realms. The available talent and relatively lower costs involved in hiring an animator from a Visegrád country are important practical factors that Hora is very aware of. The growing tendency to replace live action filming with animated computerized backdrops further increases the potential for animators to participate in international film productions.

“Many directors and producers from Western Europe are looking for animators from Poland and the Czech Republic, and they are also coming here to shoot animated films, especially with stop-motion and puppet films.”

The festival will also present video games and new 3D computer games that haven’t been seen before. “We are also presenting the new 3D technologies like a telescopic motion machine. This year they promised to bring the newest type of motion capturing machine from Hollywood, which has never been shown in Central Europe.”

One of the headline events of Anifest will pit British animator and festival juror Joanna Quinn against Czech animator and festival president Michaela Pavlátová in an on-stage dialogue in which their varying approaches to filmmaking will be discussed and illustrated with samples of their work. Quinn launched onto the animation scene in 1986 with the film “Girls’ Night Out.” Pavlátová received an Oscar nomination for her film “Words, words, words.”

“They were interested in meeting each other on stage and discussing their work. It will be a one-time event that will never be repeated,” Hora said.

The spotlight will also shine on the work of Latvian and Japanese animators. Director Shinichiro Watanabe and composer Yoko Kanno will attend the festival, and Kanno will perform some of her famous work for such animated classics as “Ghost In The Shell” in a concert on April 28 at the Krušnohorské theater.

While watching animation may seem like something easily available on your computer screen at home, Hora insists the festival is a valuable occasion for film lovers and animators alike. “I don’t know that many people who have the time to spend a whole day watching animated films. There is also the quality of the screening.”