AFI Europe is starting the second phase of its Classic 7 office project in Prague 7, despite considerable vacancy in the area 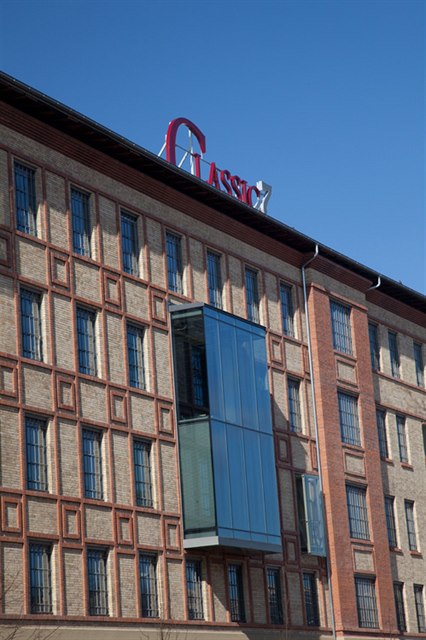 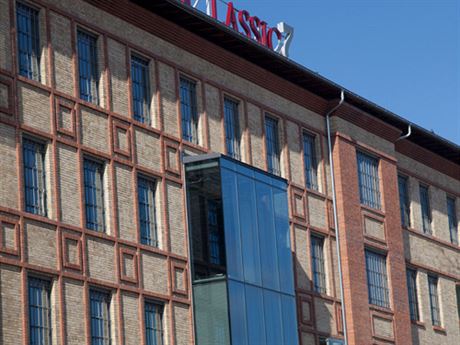 There are various opinions on the office vacancy rate in Prague and how much take-up can be expected in the coming years. AFI Europe, as the developer of Classic 7 Business Park in Prague 7–Holešovice, has a particular stake in this recently rejuvenated area on the banks of the Vltava river and is going ahead with the project’s second phase.

“Prague 7 has been suffering from a high vacancy rate since last year, mainly from the delivery to the market of the Prague Marina project, which was a big supply considering the limited supply previously available in the area,” Doron Klein, CEO of AFI Europe Czech Republic told Czech Position. “It increased the vacancy rate quite dramatically.”

Nevertheless, Klein is confident that current vacancy in the area will not be an obstacle to the project’s success and the company has already commenced with the park’s second phase. The first phase of Classic 7 consists of 18,000 sqm, of which Klein says that 84 percent is rented as of June.

This level of take-up is not par for the course in Prague 7, but Klein attributes it to what he sees as the unique nature of  Classic 7’s  development. “It’s a great combination between a historical, protected building and A class standards. This is something that provides future tenants with added value, with a different approach.”

The second phase just underway will consist of an 11,000 sqm office building with a ground floor retail component. Klein says that there have been some negotiations with office occupiers and some with retail occupiers, with one term having been signed so far. Considering that he feels office take up will remain stable, Klein said that Classic 7’s situation will be all the stronger due to the shrunken development pipeline over the next couple years.

“No major supply is being delivered to the market this year or next year, and even in the year after that it’s a very limited amount coming to the market, so together with the stable take-up that is already here it will put whoever has some supply in the coming few years in a very strong position,” Klein said.

For office tenants looking for large single spaces – from 1,500 sqm to 2,000 sqm – even the current market does not present the kind of choice it did a year or two ago, despite the overall vacancy numbers. “We hope that when this building is completed in summer or fall 2012 the supply on the market will be really limited, and we will be in a strong position to demand higher rent.” ‘Prague 7 is quite limited with its development options, so this is another reason if you have a good location you should invest in it.’

Classic 7 has two more phases ahead – an approximately 7,000 sqm office building and a fourth phase of a 2,000 sqm to 3,000 sqm building still subject to masterplan change. Klein feels that the area is due to have similar success as Karlín across the river, though in more limited space. “In general, Prague 7 is quite limited with its development options, so this is another reason if you have a good location you should invest in it.”

AFI has a number of projects in the works in the Czech Republic across a range of sectors, making it one of the company’s biggest target countries. In the office sector, AFI has some land in Karlín on which  it plan sto build a 25,000 sqm building. Klein says that at the moment the company is finalizing the project’s redesign. The following year, AFI plans to start the AFI City Project on Kolbenova in Prague 9 with a huge project of more than 100,000 sqm of offices that will be built in phases.

Klein is optimistic about the prospects of the retail sector in the country, though the company does not have any projects at the moment. With regional shopping centers in the news due to CPI Group’s recent acquisitions of two regional Czech centers for €95 million, AFI can stand on the growing footfall at its AFI Palace Pardubice.

“We had more than 26,000 people a day, and in a city like Pardubice with 100,000 inhabitants, that’s really a lot. The turnover year-on-year from 2009 has increased by nearly 15 percent, which is a really encouraging sign,” Klein said.

‘We hope that when this building is completed … the supply on the market will be really limited and we will be in a strong position to demand higher rent.’

In the industrial sector AFI developed the D8 European Park, north of Prague near Mělník, which is currently 70 percent leased. “The industrial market is pretty tough, and it’s not part of our core market in AFI Group,” Klein said, though he added that he hopes sector recovery last year will extend to the D8 highway area, in which case further development of the park will be carried out.

“We have all the permits and approval in place. We are just waiting for substantial pre-lease in order to start the construction. In the industrial market we will not start a development on a purely speculative basis again.”

At the end of 2010, AFI Europe postponed its plans for an IPO on the Warsaw Stock Exchange, citing adverse market conditions. “The market was not really prepared for this kind of IPO,” Klein said. “The prospectus is valid for one year. We might think about different timing to go to the market once again. It’s not sure, but the option is there.”

As far as gaining the necessary equity to go ahead with the various developments, the company has underway and planned for the near future, Klein said that AFI is in the process of refinancing some of its projects, which will provide some of that amount. AFI Europe is a part of the Israeli AFI Group, one of the country’s largest real estate, construction and infrastructure companies.