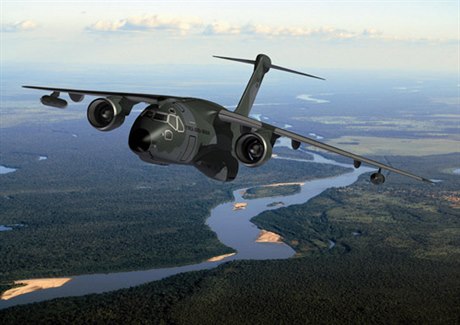 The KC-390 is meant to rival the the aging C-130 Hercules foto: © Embraer, Česká pozice 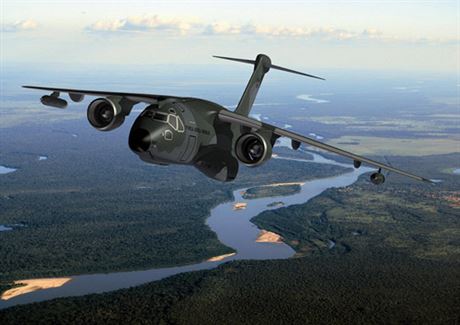 The biggest Czech aircraft producer Aero Vodochody has landed one its largest contracts for the last 20 years with an order from Brazil’s Embraer to supply parts for a new military transport aircraft.

An Aero representative told Czech Position the contract for the KC-390 aircraft would be worth Kč 1.0 billion a year for several decades.

In a statement, the major Brazilian producer of civil and military aircraft said that Aero would supply rear fuselage sections, crew and parachute doors, emergency doors, hatches and cargo ramps for prototypes of the KC-390 and for future commercial production.

It added that the deal followed on from a cooperation deal between Brazilian and Czech ministries of defense in September last year  and “reinforces the commitment of the Czech Republic to buy two KC-390 aircraft in the future.” Embraer says production of the prototype should start in 2013. The KC-390 will be capable of carrying 21 metric tons of cargo including armored vehicles.

A declaration on cooperation on the KC-390 project was signed in September by Czech Minister of Defense Alexandr Vondra (TOP 09) but the press release then made no mention of future Czech orders of the mid-sized aircraft that the Brazilians hope will fill a gap in the current market, partly filled by the aging C-130 Hercules aircraft.

In fact, the Brazilians appear to be barking up the wrong tree if they think they have anything like a solid Czech commitment to buy. Czech Ministry of Defense spoesman, Jan Pejšek, told Czech Position that the September agreement was only declaratory and that the ministry at the moment does not have the money to make such a purchase of planes and is not counting on it.

Aero President Ladislav Šimek said at the signing in Brazil that the deal took the Czech company into the top league of world aircraft production, according to the Czech business daily Hospodářský noviny. Development work on meeting the contract will require Aero to hire 200 extra workers with the same number of jobs likely to be created at its suppliers, the daily said. Influential  investment company Penta Investments is the sole shareholder in Aero.