A Boy in Terezín 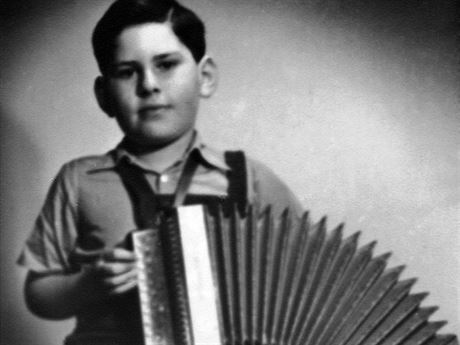 Among the tens of thousands of Jews sent to the Nazi concentration camp Terezín (or Theresienstadt) were 15,000 children, of whom only 132 were known to have survived the war. Pavel Weiner, a studious, erudite Czech boy, who kept a diary of his experiences in the garrison town turned “model ghetto,” was among them.

His diary was published at the end of last year as A Boy in Terezín. As much as it provides insight into the life in the camp, his diary is also a touching window account of a boy coming of age in the harshest of conditions.

Pavel Weiner was born in Prague into a comfortable middle-class, assimilated, liberal Jewish family, in November 1931. The family’s sense of security ended abruptly with the Nazi invasion of Poland in September 1939, and was shattered with the occupation of Czechoslovakia the following March.

His diary begins in April 1944, two years after Pavel and his family were sent to Terezín, which the Germans spoke of as “the town the Führer gave the Jews” and briefly transformed into a Potemkin village for an International Red Cross visit in June 1944 — the sole Nazi camp opened to outsiders. In reality, it was yet another holding pen for Jews to be shipped east to death camps.

In an early entry in his diary, Pavel wrote that he regretted not having starting writing earlier, but now that he had, he was determined to “keep it up.” Entries speak of basic concerns such as food, relations with other boys and lessons. But he also had higher aspirations. He wrote of his determination to learn and read what he could, and his excitement to study French and English.

Pavel even started a magazine, Nešar, and his diary reveals his ambitions and frustrations with his project. But he was a boy at the time. There are moments of tenderness with his mother giving him food or Pavel visiting her in her barrack to cuddle. (The family was kept separate.) As any boy on the cusp of puberty, his relationship with his parents were also at times strained.

Professor Deborah Dwork, a historian from Clark University, Massachusetts who provided the introduction to the diary, identifies this personal perspective as the key to the book’s importance. “What we see is an inversion of the events which loom so large in scholarly work are background for him and what is foreground are subjects which are rarely covered in scholarly works,” she said.

The year 1944 was significant in the history of the camp. The International Red Cross visited it in June. Among Pavel’s other concerns is a remark that displays almost an adult’s ironic detachment. “It is said the president of the Red Cross was here, as were some of the Ghetto experts. Eppstein [Second Chairman of the Council of Elders in Terezín] spoke French and played out the comedy well,” he writes.

In total 18,000 people were transported for Auschwitz that year. Only 819 children remained, Pavel among them. The fear of being transported was ever present. It penetrates the young boy’s world. He expresses precisely what many must have felt. “[W]e again hear that dreaded word, TRANSPORT! What an awful word. The word means knapsacks, suitcases, and hunched Jewish figures underneath them.”

Tragically that “dreaded” “awful” word became a reality. Pavel’s father and brother were sent Kaufering, a sub-camp of Dachau. As horrendous as the moment, it is touching to see how Pavel struggled to retain dignity as they farewell them at the Schleusky — the arrival and departure processing center.

“With my father it goes well, but when Handa comes, I don’t know why, but I start crying and so does my mother. Fortunately, I’m hidden in the darkness.”

Pavel and his mother were fortunate to survive to liberation. His diary continues until a couple of weeks before that moment. After the war they immigrated to the United States and the diary became forgotten in the process of starting a new life.

Karen Weiner, Pavel’s daughter and only child, explained that her father found the diary in 1979. With the encouragement of his wife, he set about translating it. Karen helped edit the translated diary; the task was difficult yet invaluable. She learned got new insights into her father, and was surprised to see how quarrelsome he could be. But also found much to confirm the cultured intellectual man she knew for his love of life.

At the same time, it was difficult because her father passed away during the process. “I knew it was on me to finish,” she said. Editing the diary helped Karen to see more fully how the people in Terezín struggled to maintain a sense of normality for the children inside. “I always knew that, but I didn’t grasp it as deeply until I read the diary.”

The next hurdle came in finding a publisher. Karen said that either the diary didn’t seem be to what publishers wanted from Holocaust literature or they said there were enough books on Terezín. Karen believed it to be a different kind of story and one that needed to be told. “In some ways it’s uplifting because it shows the humanity which survives,” she said. They persisted, and Pavel managed to finalize everything before his passing.

People who have read the diary have certainly been moved by Pavel and the boys’ striving to live and learn in the camp. Of course for some of the survivors the memories were painful and Karen acknowledged that not all the boys had experiences like her father’s.

Professor Dwork placed the diary in the wider context of our understanding of the Holocaust. It shows that Terezín was a transit camp and not a ghetto. “The transit camp experience looms large,” she said.

She admits, however, that there are limitations from a strictly scholarly perspective in that it focuses so much on the boys’ activities. Yet, it is for her a key text in what it reveals of the experience of children in Terezín.

Karen described her father as a man who fought to the end against obstacles and embraced his life. Even when he’d developed multiple sclerosis and was in a wheelchair, he went to concerts and the opera.

Neither did the illness prevent him from returning to Prague. He had started coming in the mid-eighties with work, but continued after that because he loved the city of his birth.

“The last time he was wheelchair-bound, but he just didn’t care. We pushed him along the cobble-stone streets and he persisted because it made him so happy,” she said.

After reading the diary, it’s easy to see the determined young boy in Terezín living on in the man.