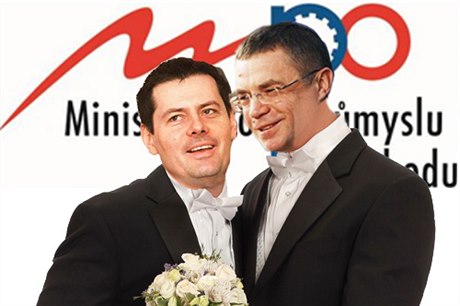 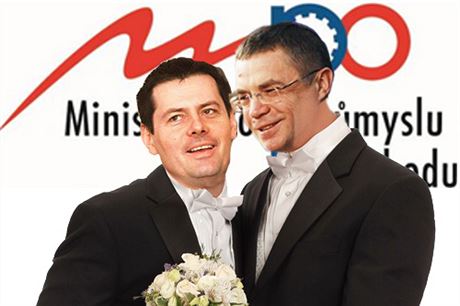 The Russian-Czech working group for cooperation in the energy sphere on Thursday signed a provisional agreement on the construction of an underground gas storage facility in southern Moravia by Czech firm MND and Gazprom Export, the Russian Ministry of Energy has announced. Czech Position has learnt the project is estimated to cost €460 million and construction is due to begin this year.

“Representatives of the working group expressed satisfaction with the signing of the provisional conditions for the project to construct the Dambořice underground gas storage facility and noted both sides’ interest in the [further] development of cooperation between Gazprom Export of Russia and the Czech company MND Gas Storage in the area of joint creation of underground gas storage facilities on the territory of the Czech Republic,” the Russian Ministry of Energy said in a press release.

The Czech Ministry of Industry and Trade (MPO) made no announcement about the bilateral energy working group’s meeting. Contrary to MND’s claims, the plans for the Dambořice underground gas storage facility can’t be described as being in the early stages

Back in 2008, Gazprom Export and MND Gas Storage — a division of Moravské nafové doly (MND), which is part of Czech billionaire Karel Komárek’s KKCG group — signed a memorandum on cooperation in the area of gas storage.

Czech Position asked whether a MND representative attended the Moscow meeting, what stage the Dambořice gas storage facility project has reached, the estimated cost, and (as hinted in the Russian energy ministry’s press release) what further gas storage projects in the Czech Republic the company is discussing with Gazprom Export.

“All I can say is that cooperation with Gazprom is continuing, but it is still in the early stages,” MND spokesman Dan Plovajko told Czech Position on Friday, declining to divulge any details about the Dambořice project, or the companies’ potential plans to build other storage facilities in the Czech Republic. Calls to Gazprom Export’s press service on Friday went unanswered.

Construction to begin in 2011

Contrary to MND’s claims, the plans for the Dambořice underground gas storage facility can’t be described as being in the “early stages”: As stated in a decision by the European Commission dated June 26, 2011, the Czech Ministry of Industry and Trade (MPO) granted an exemption to EU rules obliging the licensed owners of gas storage facilities to provide access to third parties to the The MPO granted the company Globula exemption from legal requirements to provide access to third party gas suppliers back in 2009company Globula — 100-percent owned by MND Gas Storage — for a period of 15 years for the planned Dambořice facility.

The document says construction of the facility is to begin in 2011 and should be completed in 2016. Asked to comment on the European Commission document, MND declined to say whether any of these details have changed.

It is noteworthy that the MPO granted Globula an exemption from legal requirements to provide access to third-party gas suppliers back in 2009, indicating that a firm agreement between MND and Gazprom export was already in place two years ago. The MPO decision granting the exception also contains permission for the project, the EC document says.

In its decision, the European Commission overruled the MPO’s decision to grant Globula an exception to third-party access obligations for 15 years for two reasons: firstly, that it would not increase gas supply security for the Czech Republic; secondly, nor is an exception required for the project to be financially viable (as the MPO had claimed in its explanation for granting the exemption in 2009).

Signs of closer partnership, through hockey

Gazprom Export’s CEO, Alexander Medvedev, is also the president of the mostly-Russian Continental Hockey League (KHL), and this season MND has become a major sponsor of the league.

The sponsorship deal, which makes MND the second Czech company after Škoda Auto (part of Germany’s Volkswagen Group) to sponsor a major foreign or international sporting tournament, was to be announced with a fanfare in Moscow on September 7 — the opening day of the league’s new season with Komárek and Medvedev in attendance. However, the crash that day of the Yak-42 plane carrying the Lokomotiv Yaroslavl team in which all 36 players (including three Czechs) and team staff on board died completely eclipsed the grand announcement.

MND has denied reports that the deal to sponsor the KHL is part of a wider agreement with Gazprom Export.

This July, MND completed the acquisition of an oil terminal in the Samara region of Russia for an undisclosed sum from the MND has denied reports that the deal to sponsor the KHL is part of a wider agreement with Gazprom Exportprivate Russian gas company Itera, which also happens to among the KHL’s 10 sponsors. MND, the Czech Republic’s largest oil and gas exploration and extraction company, says expansion in Russia is a top priority, and both Itera and MND have said they intend to expand their cooperation.

The larger shareholders of Itera are unknown, though several reports have emerged over the past decade that members of Gazprom’s top management own large stakes in the firm and have arranged very advantageous sales of Gazprom gas and assets to Itera, including a 49 percent stake in the firm Purgaz which owns the Kubkinsk gas field in the Yamalo-Nenets with reserves of over 400 bcm.

Czech Position has asked the MPO which representatives, if any, of Czech energy firms were at the Russo-Czech energy working group in Moscow on Thursday; whether any specific offers for Czech cooperation on the modernization of Russia’s oil refining facilities were put forward; and for some information about what was discussed concerning potential cooperation in the electricity sector. The ministry has yet to respond.

The energy working group, which functions with the framework of the Russo-Czech intergovernmental commission for economic industrial and scientific and technical cooperation, was headed on the Czech side by Jan Zaplatilek, head of the MPO’s department of gas and liquid fuels, while the Russian side was headed by head of the energy ministry’s department for oil and gas refining, Petr Degtyarev.

The Czech and Russian sides of the energy working group undertook to present the provisional agreements they reached on Thursday to a meeting of the Russo-Czech intergovernmental commission for economic industrial and scientific and technical cooperation, which is due to take place on October 10–11 in Prague.