Viktor Orbán: Those who are overwhelmed cannot offer shelter to anyone 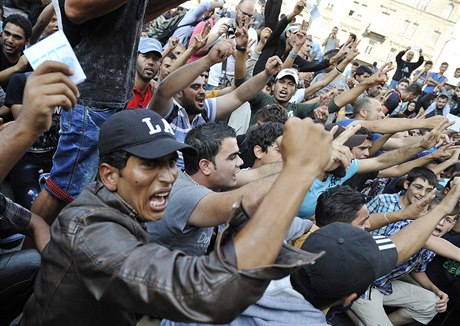 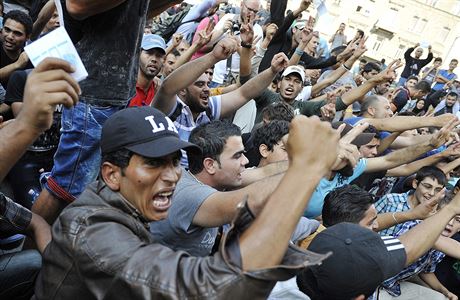 Everything which is now taking place before our eyes threatens to have explosive consequences for the whole of Europe, and is now causing alarm throughout the world.

The facts speak for themselves: almost 150 000 illegal immigrants have crossed Hungary’s borders this year alone. This number is already three and a half times the total for 2014, and we have still not reached the end of this year. In Europe as a whole, the total number of immigrants in the first half of this year increased by more than seventy per cent compared to the corresponding period last year. More than forty per cent of these people have come from Central and South Asia; of all illegal immigrants arriving in Hungary, this is also the approximate percentage coming from the Middle East.

To understand what we must do, we need to grasp the true nature of the situation we are facing. Europe is not in the grip of a „refugee problem“ or a „refugee situation“, but the European continent is threatened by an ever mounting wave of modern-era migration. Movement of people is taking place on an immense scale, and from a European perspective the number of potential future immigrants seems limitless.

With each passing day we see that hundreds of thousands have been turning up and clamouring at our borders, and there are millions more intending to set out for Europe, driven by economic motives. Meanwhile immigration has become a lucrative business enterprise for dangerous and unscrupulous criminal gangs. According to shocking figures in Kronen Zeitung, since the turn of this century international people smuggling gangs have made almost €16 billion from the transportation of illegal immigrants, with around thirty thousand people dying as a result of their trade. The events taking place at sea, on the roads and on our borders are inhuman, and Europe’s response is madness.

We must acknowledge that the European Union’s misguided immigration policy is responsible for this situation. Irresponsibility is the mark of every European politician who holds out the promise of a better life to immigrants and encourages them to leave everything behind and risk their lives in setting out for Europe. If Europe does not return to the path of common sense, it will find itself laid low in a battle for its fate.

Even those who have only superficially followed European debates on immigration policy can see that a wide range of arguments have surfaced and a variety of aspects have become intertwined, making clarity difficult to come by. Common sense declares that one can only create order among conflicting considerations if one sets up a clear order of priority.

First and foremost in importance is the protection of external borders. One of Europe’s greatest achievements has been the Schengen Area. For us Central Europeans the possibility of free movement within Europe is to experience freedom itself, and it is thus particularly important. Schengen only works, however, if individual Member States fulfil their obligations under the Schengen Agreement – namely the protection of external borders, which is an essential condition for ensuring the possibility of free movement within Europe. If we cannot protect our external borders, Schengen will be in danger. This cannot be wanted by anyone who seeks to defend Europe and who values the concept of Europe.

The fact that no one apart from Hungary and Spain wants to defend Europe’s borders is quite depressing. Europe must understand, however, that those who are overwhelmed cannot offer shelter. What is happening now is overwhelming. This is why the fence which we Hungarians are building is important. We are not doing this for fun, but because it is needed. The fence is simply a line of defence: a physical asset which can be protected. The fence as a line of defence is a consequence of the Schengen Agreement, and is thus a necessity for Europe.

In Europe immigration is also, of course, a question of democracy – if it were not, we would not be Europeans. Above all, democracy means listening to what people want, and this is why we Hungarians initiated a consultation process on the issue of immigration. One million members of our eight million strong electorate returned completed questionnaires, and eighty-five per cent of them said that the EU has failed in its attempts to manage immigration. To those Europeans who believe in a United States of Europe, I recommend the words of a great president of the United States: „Government of the people, by the people, for the people.“

Europe must not stand in opposition to the will of Europe’s citizens. But now we have a situation in which European citizens want something different from that which is put forward by most European governments. People want us Europeans to be masters of the situation and to defend our borders.

The first and most important question is defence of the borders. Only after we have held back the tide will it be worth talking about all the other issues. Only when we have protected our borders can we ask questions such as how many people we want to receive, or if there should be quotas.

Let us not forget, however, that those arriving have been raised in another religion, and represent a radically different culture. Most of them are not Christians, but Muslims. This is an important question, because Europe and European identity is rooted in Christianity. Is it not worrying in itself that European Christianity is now barely able to keep Europe Christian? If we lose sight of this, the idea of Europe could become a minority interest in its own continent.

Ceterum censeo: there is no alternative, and we have no option but to defend our borders. What we have agreed on together cannot be given up without mutual consent. Schengen must be preserved in order to maintain free movement within Europe; only after this can other questions be addressed. Because no one should forget: those who are overwhelmed cannot offer shelter to anyone.