The Uses of Kafka

The Uses of Kafka 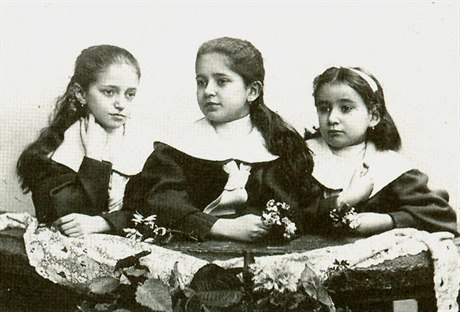 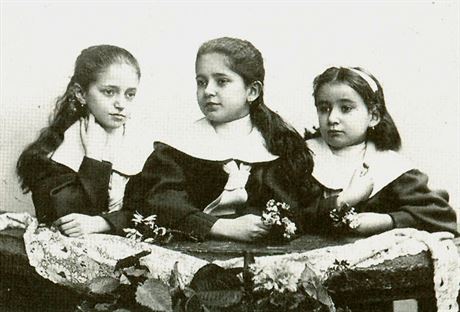 Franz Kafka never had the fortune, whether good or bad, of being just a writer. During his lifetime he hardly published anything and had a firm principle against making his living with his pen. After his death it became even worse. He went from being a one-man Jewish oracle to a 20th Century prophet of doom, from a spiritual guide to a poster boy of neurotic failure – with the fiction he labored over being placed alongside letters and apocryphal conversations as mere pieces of evidence in the court of interpretation.

As modern as ever, the Kafka of the 21st Century is more like IKEA, a huge do-it-yourself store where you can furnish your intellectual arguments to your heart’s content. The lecture that American post-structuralist philosopher Judith Butler gave February 4 to launch the London Review of Books’ winter series - “Who Owns Kafka?” - is a case in point.

The lecture is presumably centered on the long-running trial Israeli trial over the ownership of a trove of Kafka manuscripts and the papers of his friend Max Brod, who left the documents to his secretary and lover Esther Hoffe at his death in 1968. Upon Hoffe’s death in 2007 Israel’s National Library contested her will to leave the papers to her two daughters, claiming them by the terms of Brod’s will. The complexity of the case has all too predictably proven to be prime breeding ground for the much abused term “Kafkaesque.”

On February 25 the inventory of documents was revealed as including a manuscript of “Wedding Preparations in the Country” among other short stories as well as some of Kafka’s diaries and letters, along with Max Brod’s as yet unpublished diaries. Asking the question of who will, or even should, own this literary treasure plunges one back into an interminable labyrinth that neither lawyers nor literary scholars seem equipped to decide.

Though Butler’s lecture is titled with a question she doesn’t offer much of an answer to it. Quite the opposite in fact. The lecture was advertised with a description saying that she “proposes a reading of Kafka’s parables that quarrels with both sides of the legal case . .” Somehow I don’t see either legal team calling her in as an expert witness.

Although she does bring up some legitimate and interesting issues, her basic knowledge of Kafka is so fundamentally confused that no amount of post-structuralist analysis can adequately obscure it. Even post-structuralism should have a coherent structure as a starting point.

Butler refers to “a long and curious tradition of praise for Kafka’s ‘pure’ German,” going on to equate this ‘purity’ with Nazi racial purity (though the single time she refers to them, it’s as National Socialists – more on that later). Yet Kafka’s prose was notable for taking what was already considered the plainer, provincial Prague German and stripping it down to its very essentials – there’s no adornment, no metaphorical phrases. It was, and still is, a unique literary style that has nothing whatsoever to do with Nazism. When Butler says that “ . . it is curious that Kafka should be made to stand for this rigid and exclusionary norm” she is right, though she is the only one making this bizarre connection.

This same passage contains another baffling judgment: “So although Kafka was certainly Czech, it seems that fact is superseded by his written German . . .” In 1883, when Kafka was born and before there was a Czech or Czechoslovak state, Czech existed as a language and an ethnicity. So how exactly was the Jewish Kafka, who was educated in German, “certainly” Czech? Here is Butler stumbling again on Kafka’s language:

“We find in Kafka’s correspondence with his lover Felice Bauer, who was from Berlin, that she is constantly correcting his German, suggesting that he is not fully at home in this second language. And his later lover, Milena Jesenská . . . was constantly teaching him Czech phrases he neither knows how to spell nor to pronounce, suggesting that Czech too, is also something of a second language.”

No, Czech was a second language, and when a Berlin German-speaker corrects a Prague German-speaker it is like an Englishman telling an American that thinly-sliced fried potatoes in a bag are called crisps while what he eats with his hamburger are called chips. If you don’t believe me here is Kafka in a letter to Milena Jesenská: “German is my mother-tongue and therefore natural to me . . .”

Although Butler doesn’t provide enough of an answer to pick a side in the legal argument her main animus is plainly directed against Israeli claims to the manuscripts. “If Kafka is claimed as a primarily Jewish writer, he comes to belong primarily to the Jewish people, and his writing to the cultural assets of the Jewish people,” she says in bringing up what is a complex and ultimately irresolvable issue in relation to any and all Jewish cultural figures, with the sole exception of Israelis.

Unfortunately, the Kafka case probably isn’t the ideal example to illustrate this problem, especially with a political axe to grind as Butler has. For example, what relevance do the many non-Zionist  Jews and Jews in Diaspora have to the fate of these manuscripts? So then Israel doesn’t represent an ideal location for Kafka’s papers from their point of view – but then what place does – or should the documents be separated King Solomon-style and mailed out to Diaspora Jews on a subscription basis?

A far more problematic instance of Israeli claims to ownership of a Jewish writer and artist’s work came after the discovery of the nursery room frescoes by Bruno Schulz in Drohobycz just before he was murdered in the Second World War. The work of a Polish-Jewish painter having fallen into neglect in present day Ukraine they were either appropriated or stolen by representatives of Yad Vashem in Israel, which now describes the work as under “long-term loan” from the Ukrainian Drohobychyna Museum. An article recounting the whole tangled tale in the Boston Review is aptly and familiarly titled “Who Owns Bruno Schulz?”

Butler, however, is more interested in “broader global implications,” of the issues, leading to the even more peculiar claim that the Israeli National Library’s ownership of these manuscripts will help the country’s legitimacy in the eyes of an increasingly critical world – “ . . . the wager is that the world reputation of Kafka will become the world reputation of Israel.” It wasn’t enough when Israeli soldiers responded to rock-throwing Palestinian youths with guns, Butler seems to be saying, now they are planning to overcome them with Kafka, their new secret weapon.

And this is where an odd gap in historical context in the lecture appears to have its source. The opposition to Israeli ownership comes from Esther Hoffe’s daughters and the likely destination of the manuscripts they would be able to put up for sale if the courts find in their favor – the German Literature Archive in Marbach.

In her excellent account of the trial in the New York Times, Elif Batuman cited Phillip Roth’s horror at a 1988 Marbach archive purchase of a manuscript of The Trial owned by Esther Hoffe for almost $2 million. Roth was unequivocal in objecting to German ownership, saying clearly in a letter of protest that Kafka “was not a German in any way” and pointing out the obvious fact that were it not for his early death he would have joined his three sisters in being sent to the gas chambers.

For Butler, with Israel occupying the role of chief villain, there is no room for mention of Kafka’s sisters, nor of Auschwitz, nor of the reasons Brod and Esther Hoffe and her daughters were all forced to flee Prague with those boxes of now (monetarily) valuable papers. Butler mentions that Brod “fled” Europe just as she mentions Eichmann’s trial, yet in both cases without any context, as if there was nothing all that sinister about them, just ordinary, everyday fleeing and a man in the dock for embezzling funds.

Of course, she can claim we all know the reasons but the effect is that of wanting to save the darkest hues for today’s bad guys. Therefore the only reference to the reason these manuscripts had to be brought out of the country in the first place is that single mention of “National Socialism” – a term, though technically correct, which these days only seems to be used by Glenn Beck in his confused ramblings about the totalitarian menace in the White House. And note that though Butler says Kafka was “certainly” Czech there isn’t a thought that the manuscripts might belong in the Czech Republic (which they don’t).

Butler tries to whitewash the German-Jewish aspect that so disgusted Roth by mentioning the “interesting” fact that the Marbach Archive has hired Israeli lawyers to handle the case: “Presumably, with Israeli counsel, this does not have the appearance of a German-Jewish fight . . .” Yes, because for a foreign plaintiff to hire Israeli lawyers to represent them in an Israeli court is so downright unusual that people are bound to forget all about the Holocaust!

The rest of the lecture is an attempt at making the issue of Kafka’s belonging to the Jewish people more problematic than it already was. In this Kafka doesn’t need any help, and the interpretative attempts to tease out a “poetics of non-arrival” as a way of saying Kafka wouldn’t have emigrated to Palestine fall flat with the real-life knowledge that much of Kafka’s fatalism about the impossibility of going somewhere towards the end of his life came from the fact that he was dying of tuberculosis.

Had he lived “non-arrival” wouldn’t have been an option anyway. He would have faced the same choice as his contemporaries. Go to Palestine like Brod and the Hoffes, to Britain or the US like many of his writer friends, or join his sisters on a train ride that would only end at the gas chambers.