The shadows of Central Europe

The shadows of Central Europe 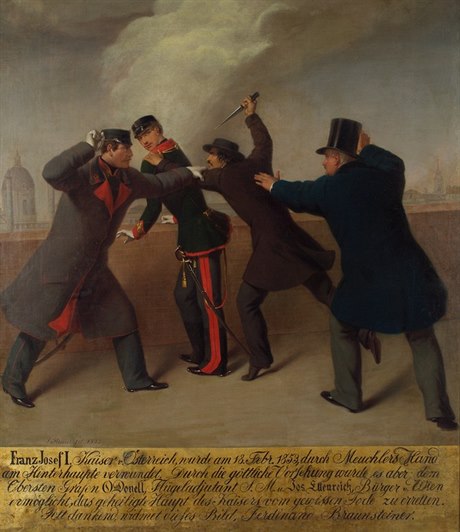 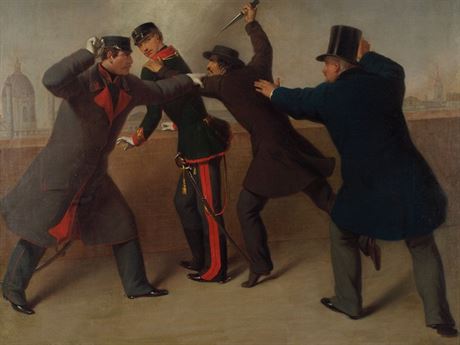 The Conspirators faces a major challenge hitting its mark

When Tolstoy set out to recreate the historical moment of Napoleon’s invasion of Russia it was with a lack of constraint a contemporary writer can only envy. Literary precedents existed but there was no fixed image of the era he had to accept or reject. It was a nearly blank slate on which War and Peace was drawn, making it easier to avoid the inevitable clichés of well-trodden ground.

This is no longer the case. Just as there is a history we picture to ourselves in cinematic color and one we see in the black and white of photographs, there are historical eras familiar to us from novels. Write about St. Petersburg in the Nineteenth Century and the giant shadows of Dostoevsky, Tolstoy and Gogol will be looming over your shoulder. Evoke the fog of London and you evoke a list of canonical names.

Although there might not be any more blank spaces on the literary/historical map, some of its countries are considerably more welcoming than others.

The Hapsburg Empire in its twilight years isn’t one of them.

In a book full of perils it is perhaps setting The Conspirators in this place and time which is most dangerous of all. The risks of covering such familiar literary ground should be evident enough. But rather than shy away from the potential for excessive self-consciousness, Michael Andre Bernstein embraces it, as if writing about the age of Freud and Schnitzler offers an opportunity of pushing self-consciousness as far as it can go.

The conspiracy at the heart of the book turns out as big a disappointment for the reader as for its perpetrators. The botched assassination attempt at the bell tower celebration would have been insignificant even if it had succeeded. The real conspiracy going on seems to be the dissimulation and role-playing all the novel’s characters are compelled to carry out.

The instigator of the assassination plot, Hans Rotenburg, spoiled son of the local Jewish magnate, similarly refers to “the pressure to stay in character from now on, like a young actor whose early success in a certain role condemns him to play variations on that part for the rest of his career”. And the former Yeshiva student turned police spy who is monitoring Hans’s activities is able to draw “himself together like an actor who has just come offstage and returned to his dressing room to greet his friends and family while still in full costume”.

An identical sentiment has been parsed out to virtually every character. People constantly compare themselves to actors, one even thinking of his own expression as a “theatrical mask.” The metaphor is so widely used that Bernstein must have felt the need to stretch it a little further. He describes Brugger, the wonder rabbi whose followers have been committing brutal murders, as a person “who spoke his lines like someone deliberately impersonating a bad actor”.

The over the top self-consciousness is just as manifest in the narrative style. We remain firmly anchored in the characters’ heads, flowing from one to the other, often without noticing the shift. It isn’t internal monologue either, but sheer description, an effect meant to bring the extremely varied cast of characters onto common ground. We get the musings of rich and poor, revolutionary and reactionary, Jewish and Christian, conniving and hopelessly naive. But this commonality is there from the outset anyway, for in spite of the external differences between them everyone in the novel shares one main characteristic – they are all stock characters of Austro-Hungarian literature.

You wait for the jaded, aristocratic governor to reveal a surprising facet to his personality, one which might separate him from type. There must be something, the wisdom of hindsight, an additional insight or perspective to distinguish a contemporary view from that of a Schnitzler or Zweig. But the jaded, aristocratic governor turns out to be just that. The same is true of the frail, world-weary Jewish financier, along with every other character in the book.

To be fair, there are moments within the book’s six-hundred and fifty pages where the narrative takes hold and you find yourself immersed in an individual’s inner world. The effect can be hypnotic. But reaching those moments is far too tedious, as if the reader needs a constant reminder that to experience hypnosis you first have to be put to sleep.