The Golem, Gestapo and a wandering Jew at London’s JBW

The Golem, Gestapo and a wandering Jew at London’s JBW 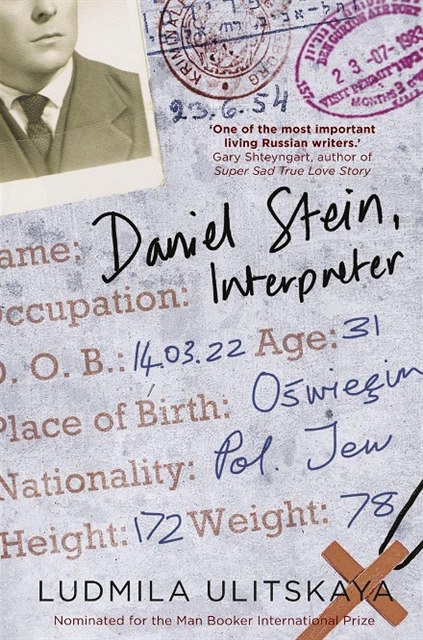 Jewish Book Week (JBW) inaugurates its 60th year on Feb. 18 in London, with a strong showing of Central and Eastern European literary events.

Following a flight without end

Joseph Roth might have thought of himself as an abandoned citizen of the vanquished Austro-Hungarian Empire, but from his origins in Brody, East-Galicia (today Ukraine) to his formative years in Vienna and Berlin along with journalistic jaunts to the Soviet Union, Albania, Poland, Italy and France he can also be seen as the Central European extraordinaire. If anything, his restless discontent and eventual exile just add to his qualifications.

Two new books about Roth bring a closer focus on his life and their authors will discuss their works and its subject at JBW. Michael Hofmann has translated Roth’s correspondence into English for the first time in Joseph Roth: A Life in Letters while Dennis Marks has followed in the writer’s footsteps in his Wandering Jew: The Search for Joseph Roth.

Some of the bleakest chapters of the 20th century are also dealt with by contemporary novelists attending the festival. Trieste is the first novel by Croatian writer Daša Drndić to be translated into English. The book tells the story of an old woman in Northern Italy waiting to be reunited with the son she had stolen from her by the Nazis over 60 years before. Drndić and the novel’s translator Amanda Hopkinson will be in attendance to discuss the book.

In Daniel Stein: Interpreter, Russian novelist Ludmila Ultiskaya bases her novel on the real life story of the Jewish Oswald Rufeisen, who survived the Holocaust by working for the Gestapo as an interpreter and went on to become a Carmelite monk in Israel. Ultiskaya will discuss the main character in her book with philosopher Brian Klug.

The Protocols of Prague

The Holocaust is also a major part of the Booker-longlisted Far to Go (link), in which Canadian writer Alison Pick tells the story of a Czech-Jewish family’s escape from Prague as the Nazis close in. Pick will appear on a panel titled Of Loss and Hope with novelist Jake Wallis Simon, whose book The English German Girl tells the story of a Holocaust refugee from Berlin who has to try to get the papers to allow the rest of her family to escape.

Prague also appears in the latest and reportedly last novel of the celebrated Umberto Eco, The Prague Cemetery (link). Eco will appear at JBW’s final event to discuss the book. Another of the city’s Jewish legends will be a part of the festival in a screening of Paul Wegener’s silent classic The Golem with live musical accompaniment.

Besides novels and novelists JBW has its share of historians and other scholars to focus on Jewish history and culture. Distinguished Polish sociologist Zygmunt Bauman will give a talk on Jewish European Heritage in the Age of Diasporas, discussing Zionism, assimilation and his contention that “European Jews were cast by the drama of modern nation-building into the role of the pioneers of modern thought.”

A fascinating discovery of ancient manuscripts is the focus of the book Sacred Trash: The Lost and Found World of the Cairo Geniza, whose authors will discuss the incredible find of Romanian-born Solomon Schechter of over 100,000 rare Hebrew manuscripts and medieval Jewish texts in a Cairo synagogue.

Outside of the Central European sphere there are a number of notable authors and thinkers coming to JBW, including French filmmaker and director of Shoah Claude Lanzmann, Israeli short-story writer Etgar Keret and American writers Jonathan Safran Foer and Shalom Auslander.

For the occasion of the festival’s 60th anniversary JBW has compiled a list of the 60 best Jewish books of the last 60 years. The list includes such regional classics as Fatelessness by Imre Kertész, Life and Fate by Vasily Grossman, The Painted Bird by Jerzy Kosinski, Poems by Paul Celan and Hope Against Hope by Nadezhda Mandelstam, among others.

As for all lists like this there is bound to be debate about the selections. Some of the books I would have included are My Century by Aleksander Wat, Summer in Baden-Badenby Leonid Tsypkin and Minotaurby Benjamin Tammuz. And what about Doctor Zhivago? For a similar list covering a longer time frame look at Jewcy’s The 50 Most Essential Works Of Jewish Fiction Of The Last 100 Years.

Jewish Book Week also has a blog called Bagels and Books in which there are numerous interviews with the attending authors among other features.