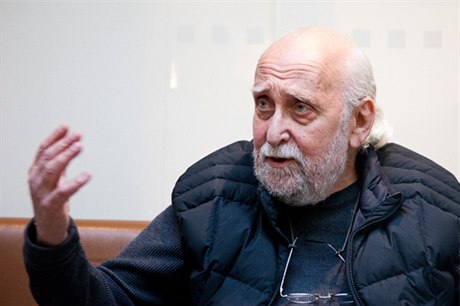 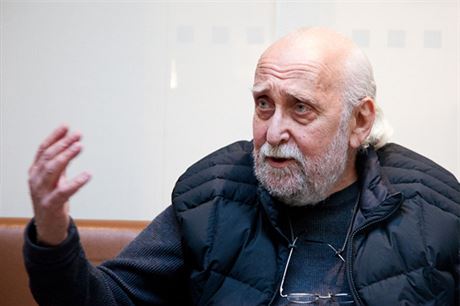 Jerome Rothenberg was a guest at this year’s Prague Writers’ Festival and the acclaimed American poet spoke to me about his experience translating German and Czech poets, giving Nezval a voice in English and not speaking Yiddish with Paul Celan.

Literalab: You’ve translated a number of German poets such as Paul Celan, and I was wondering what that experience was like and what effect it had on your own poetry.

Jerome Rothenberg: When I do translation a lot of it works into my own sense of poetry and rhythm. Particularly with Celan there was a sense of a dialogue. I came on Celan, Günter Grass and others in the mid to late 1950s. I had been in Germany with the US Army and my German when I came back was as good as it would be.

I started using it to do translation because I like translating. I had published some translations, actually rhyming translations, of an earlier German poet named Erich Kessler and got a message from Lawrence Ferlinghetti at City Lights books asking me if I’d be interested in doing a translation of some new young German poets, which was interesting.

So I think I was the first translator of Celan, the first of Grass, and I also translated Ingeborg Bachmann. It was called New Young German Poets (1959) and was the first collection I published. It came out about a year before my first book of poetry so the two things work together.

Rothenberg: Well, it was curious, and I’ve written about it a little. It was in 1967, so that was eight years after New Young German Poets came out. Someone had suggested for a small American press that I do a bigger book of Celan and I don’t know that I was really wanting to do that. Celan’s poetry had gotten more difficult, in some ways much more interesting, but I did want to meet Celan.

We were going to Paris and he was teaching at the École normale so I wrote him there. We went to a nearby café and we had a conversation for a few hours – and as I tell the story I don’t know how much I have elaborated it since then. My German was not too good and his English was not too good, although we had both done translations from those languages.

He was interrogating me about other people who wanted to do translations of his work. One of the things he was emphasizing was the Jewishness and not-Jewishness of the different translators. I carry away a memory of that being one of the focal points of the discussion. Then we left the café and I asked him whether he spoke Yiddish and he said yes, though he had really learnt it during the war.

Literalab: And what about Günter Grass, whose poetry has been in the news lately?

Rothenberg: I translated Grass before he had the reputation as a novelist and I think there was an indication in the anthology that he was working on a novel, which of course was The Tin Drum. I think I met him once at a reading in New York City.

About the recent thing I think it’s ridiculous to call that an anti-Semitic poem. He’s not doing that – he’s being critical of Israeli government policy and expressing consternation at not being allowed to speak about it as a German, and probably also adding on to his experience of keeping his mouth shut about his own World War II activities as a seventeen-year old.

Literalab: You also worked on a translation of the Czech poet Vítězslav Nezval, though I suppose you worked from a literal translation from Czech.

Rothenberg: That was a very interesting translation experience. I think for one of my big anthologies I came across a German translation of one of Nezval’s poems and did an English translation of that. A very close friend of ours was a Czech who left Prague in ’68 and made a career as a medical researcher in the United States, and was, in fact, a godson of Nezval’s. He came from a very cultured family in Prague and his father, also a physician, had been close to Nezval and the Prague Surrealists.

So I began to talk with Milos Sovak and we started on a project of translating Nezval. Of course Milos had the Czech. I had no Czech whatsoever, so he would prepare literal translations of the poems and I would English them further and try to create a voice for Nezval’s poetry in English.

It was an extremely pleasant translating experience – this was in Southern California, so we would meet outside under the trees with a glass of wine and talk the poems. A book of Nezval’s was the result of it and it won a PEN West prize for translation. (Antilyrik & other poems, 2001). He’s a very interesting poet and it was great to get under his skin, to try to be Nezval.