In the footsteps of Joseph Roth

In the footsteps of Joseph Roth 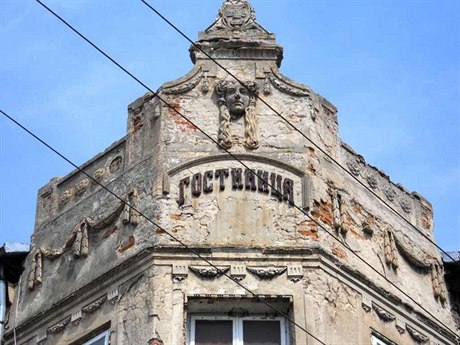 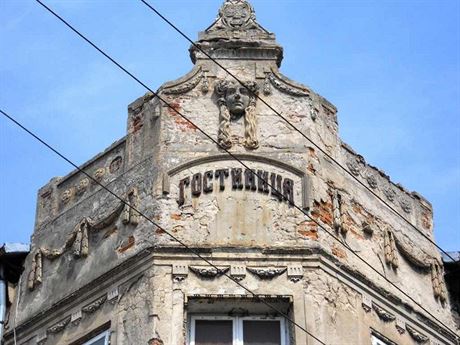 Broadcaster, filmmaker and writer Dennis Markstalks to literalab about his recently published book Wandering Jew: The Search for Joseph Roth, in which he follows the geographical trail of the constantly moving writer from his roots in Brody, Ukraine through other outposts of the multicultural Austro-Hungarian Empire.

Literalab: What gave you the idea for looking for Roth in the places where he grew up?

Dennis Marks: I first read The Radetsky Marchwhile researching a film with the writer Michael Fraynabout Vienna and the Habsburg Empire at the turn of the last century. I was haunted for years by Roth’s portrait of the dusty edge of empire observed through the wrong end of a telescope. After the fall of the Berlin Wall I took the opportunity to visit some of its remoter corners – in the Czech lands, Hungary and eventually Western Ukraine. By this time I had left television and was General Director of English National Opera. During the summer break I made my first visit to Roth’s birthplace in Galicia. It was like walking through a looking glass into a world that had been frozen throughout half a century of socialist amnesia.

Literalab: Galicia has obviously been through massive transformations, losing its Jewish population and much of it being part of the Soviet Union and satellites since the war. How much of the Galicia Roth lived in and wrote about is still evident?

Dennis Marks: A surprising amount. My friend the historian Professor Norman Stone described Western Ukraine as being like all of Eastern Europe must have been before World War II. My first point of rest was Lviv (or Lvov or Lemberg) and when I left my hotel – the crumbling Hotel Zhorzh – and strolled round the corner to the central market, I might have been walking into the opening pages of Hotel Savoy. With one exception: The Shoah had effectively removed all traces of Jewish life, although in the Hasidic community there were a few tiny fragments of Jewish Galicia. But once I left the towns behind it was like entering a time warp. Carts drawn by stocky horses, piled high with logs, peat fires, geese in the yards and rutted tracks instead of roads.

Literalab: On the other hand, to what degree were you able to see traces of the scenes in Roth’s novels set in similar borderlands – the military camps near the Russian border or a novel like Hotel Savoy? Is a similar mixed, chaotic borderland spirit still there?

Dennis Marks: Much has changed since the Orange Revolution with new businesses and a hungry frontier spirit in the younger generation, but again that’s largely an urban phenomenon. In the countryside there’s still a sense of fraying edges, accentuated by the fact that Ukraine is now a rather unstable society with contraband and people smuggling more evident than ever. It’s not the world of Roth’s Kapturak but still just this side of crime.

Literalab: As a writer who left for Vienna and clearly planned to never go back home how much of his background remained with Roth as a became a big city journalist and novelist?

Dennis Marks: Roth never owned or even rented a house, he once said “I shit on furniture.” The photograph of him sitting on an up-ended case on a railway platform with a goods wagon in the background says it all. He was a compulsive transient and he was as uncomfortable and alienated in Berlin and Frankfurt as he was in his home town of Brody. The only country he ever regarded with real affection was France, where he ended in exile in 1933. But even then he lived in hotels, wrote in cafés  (and pickled his liver there with alcohol). His only homeland was memory and imagination, and Habsburg Galicia haunted both.

Literalab: Do you think Roth appreciated what a vivid backdrop for novels he had grown up in or was he just making use of the world he knew?

Dennis Marks: His biographer David Bronsen [Joseph Roth: Eine Biographie (German Edition), 1974]describes him as a mythomaniac. I say that he was a compulsive falsifier. The border between his fact and fiction was as blurred as the frontier of the empire itself. Reading his letters one begins to wonder whether he was always aware of the distinction between the two himself. But his constant invention of imaginary past lives for himself and his family makes me suspect that all his life he was turning his own past into a constant screenplay with himself as the central character and the Galicia of his youth as the backdrop.

Listen to Dennis Marks talk about his journey on Excess Baggageat BBC Radio Four (It starts at 13:30 in the show).

Coming soon on literalab: Reviews of Wandering Jew: The Search for Joseph Roth, as well as of Joseph Roth: A Life in Letters, translated by Michael Hofmann.