East of the West – by Miroslav Penkov

East of the West – by Miroslav Penkov 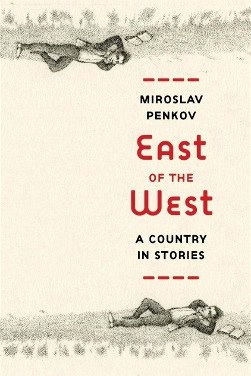 Somewhere there is bound to be a librarian doing their earnest best to classify Miroslav Penkov’s brilliant debut collection of stories East of the West. At first glance it seems fairly straightforward. Penkov is Bulgarian and the book is subtitled “A country in stories” – that country being Bulgaria. Yet the book was written in English, its author having come to the US as a student, where he completed an MFA and is now working as a creative writing teacher.

So is it an American book of stories about Bulgaria then? Not quite. There is a sense of history that courses through these stories that you do not often find in American fiction. It is not only that history can be tragic, glorious and picturesque, but that it can be suffocating, absurd and a prism through which to see and experience the everyday world. For some writers exploring history is a choice, for others a necessity.

In “Cross Thieves,” the story of a sort of wunderkind turned fuckup in the chaos of the end of communist Bulgaria, the main character makes the following observation while walking in a street protest: “I watch her pony tail jerk up and down like a flag from the olden days of khans—a horse tail on a spear.” Jumping between the pathetic and hilarious backstory of his father’s attempt to capitalize on his son’s ability to instantly memorize texts and the present-day turmoil the narrator returns to the idea of ancient greatness:

“We didn’t use to be this way. We were once fierce horsemen. We stormed blazing from the east, shot arrows riding backward, made treaties with the Byzantines, conquered the Slavs. Man, would I have liked to live back then.”

This hero stuck in a modern, unheroic age ends up drunkenly trying to steal what he and a friend think is a golden cross from a local church, only to realize it is painted wood.

In other stories, like “Makedonija” and “Devshirmeh” Penkov evokes past eras as masterfully as he links them to the modern day. It is not only that the past comes alive in these historical scenes, but the means he uses to reach these distant times shows that for him history is not confined to the past.

In “Makedonija” he does this through old love letters while in “Devshirmeh” the past enters the present through a dark fairy tale the main character tells his daughter. Battle campaigns against the Turks blend into a Bulgarian nursing home, the Sultan’s palace in Istanbul becomes vividly present in Texas.

The scope of the book ranges over more than just the breadth of history. There is disappointed love, lost love, tragic death, ideology, crime and deception. Finishing any of the stories feels more like having read a novel or novella. And throughout there is humor. For a book covering often bloody and tragic times without shying away from the personal sorrows involved it is anything but somber. This is due partly to the characters’ ironic outlook, but most of all to the exhilarating writing, which marks Penkov out as a writer to keep an eye on.