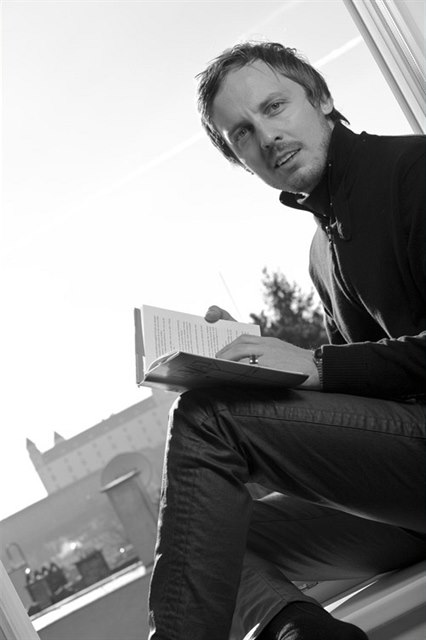 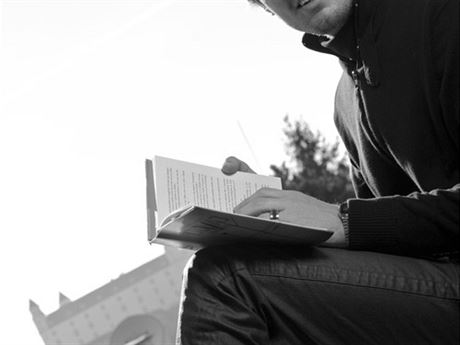 Michal Hvorecký was among the Slovak writers included in the Slovak issue of the Dalkey Archive Press’ Review of Contemporary Fiction. Born in 1976 he is part of a younger generation of writers expanding the bounds of Slovak writing and gaining a growing international readership, though at this point far more in German translation than English.

“It’s very problematic to be translated into English right now. Even much more famous writers than me haven’t seen their works in English yet,” Hvorecký told literalab, referring to some of what he considers the major Slovak writers of the 20th Century that remain untranslated.

Hvorecký sees the world of UK and US publishers as closed and arrogant, with only university publishers offering much of an opportunity. “I sometimes get passionate e-mails from comparative literature students that want to translate my work and then look for a publisher. It’s much easier to find a translator than a publisher.”

Hvorecký’s most recent novel Danube in America (Dunaj v Amerike, 2009) is his third novel to be translated into German and represents a significant change in direction from his previous work. “It’s more realistic. It’s much more based on my own experience,” Hvorecký said.

The story takes place over 20 days on a riverboat that sails from Regensburg through Bratislava all the way to the Danube Delta. The hero is a former translator in crisis because no one cares about good literature. His life in crisis he is looking for something new and to escape Bratislava, and the result is a novel which is part mystery and part love story, with an obvious literary element.

The Bratislava-born writer says the novel excerpted in the Dalkey anthology on the other hand, The Escort (Eskorta, 2007), was typical of a period of his work which received a lot of attention along with a lot of criticism by its unusual and comic take on the lives of people from a well-known period in Czechoslovak history.

“The novel is really four different genres – a historical overview of the gay and lesbian scene, the underground scene - then it goes into the 80’s scene when I was a child, then it becomes a picture of the narrator’s career, a Bildungsroman, and leads to a grotesque and fantastic ending that is almost science fiction.”

Hvorecký thinks it is useful to know the techniques of popular literature. “I read sci-fi and fantasy as a teenager and what inspired me was how these writers were able to keep your attention,” he said, citing William Gibson’s Neuromancer as a book that influenced him.

The plight of writers from small countries

I have long known how difficult it was for Czech writers, coming from a country of 10.5 million people, to get their work more widely known, but the situation for Slovak writers (pop. 5.5 million) presents a an even more obvious challenge.

“When I go to Germany to speak people often don’t have any idea that Slovak literature even exists,” Hvorecký said. “They assume that Czechoslovak literature is Czech literature. My books are some of the very few that come out in Germany.”

Among the problems Slovak literature faces is a lack of support and limited number of translators. It’s ironic that the most widely-known and translated writer from Slovakia today is probably Sándor Márai who, though from Košice in eastern Slovakia, wrote in Hungarian (which he chose to write in over German).

The catching-up process is bound to take time. The Slovak nation is young compared to its Czech neighbor and its literature was underdeveloped. “Slovak literature has made enormous progress in the last 50 years,” Hvorecký said, attributing much of the change to the translation of world literature into the Slovak language.

The 60’s was the first big era of Slovak literature and though still little known in the English-speaking world Hvorecký considers that established Slovak writers like Pavel Vilikovský (also represented in the Dalkey anthology) and Dominik Tatarka stand comparison with major European writers.

“Our literature was for quite a long time very oriented toward rural life and folk tradition, but it’s changing very rapidly,” he said, adding that unlike the predominance of the novel in Czech literature Slovak writers have tended to prefer short stories, though novels are becoming more important.

Hvorecký says he reads a lot of writers from neighboring countries such as Czech Petra Hůlová, Hungary’s Péter Esterházy and Poland’s Dorota Masłowska among others, and that in his own generation in particular the commonality is understandable.

“In my generation we share the experience of two radically different regimes and social systems – and somehow dealing with how quickly the world and people changed,” he said.

Like in Slovakia, Polish and Hungarian literature have seen a reaction to consumer culture with writers looking back towards local cultures – Andrzej Stasiuk and his writings on village life being a typical example. “These are very traditional societies that are confronted with very new lifestyles.”

Unfortunately, the financials of publishing have made Hungarian or Czech books less attractive business options than American or British authors so there are less works translated into Slovak than there were before.

For all his attachment to Central European writing Hvorecký attributes an important influence to his experience at the International Writers Program at the University of Iowa, where he spent a semester in the capital of the American MFA program.

“It was at a time when I was very skeptical about my future as a freelance writer and it gave me a lot of new energy,” he said. “You get the experience that you can get better in your writing, can improve your style and narrative technique, and that’s something I really needed. I still use a lot of the knowledge I got there.”