Bring on the Romanians

Bring on the Romanians 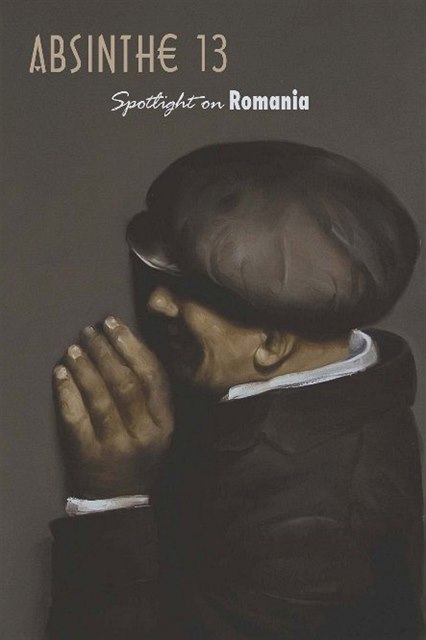 “The rest is vibration. The old man went on laughing and listening to the distinct vibrations of love at a distance in the outer quarters of Bucharest. The apparatus had been perfected at this point, and its accuracy had increased so greatly that all the old satyr had to do was close his eyes, and the impenitent voyeur would see the lovers’ bodies with the clarity of a magic mirror, caress by caress, rub by rub, sigh by sigh. The final intimacy of the signs of matter.”

- from “Can You Hear the Shape of a Drum?” by Bogdan Suceavă

Of all the literatures of Central Europe struggling to squeeze into the three percent quota of translated writing published in English every year, Romanian seems to be doing relatively well. The evidence collected in Absinthe: New European Writing- Issue 13: Spotlight on Romania indicates that a good part of this is due to the amazing writers the country produces. The fact that Romanian culture often did not receive the same publicity in the west during Ceauşescu’s particularly repressive communist regime probably also plays a role in the recent burst of publishing.

For anyone looking to gain a foothold in contemporary Romanian literature the Absinthe introduction by Carmen Muşat, editor-in-chief of Romanian cultural weekly Observator Cultural, is an ideal place to start. While many anthology introductions suffer from being dry and academic or feel like they have been cut and pasted out of a Lonely Planet guide, Muşat manages to pack a considerable amount of information into a short, riveting read.

Some of the writers in Absinthe are better known internationally than others. Likewise, some of the works selected are substantial short stories while others are shorter extracts, practically samples to give you an idea of the author’s style and sensibility, such as “Clockwork Animals” by Mircea Cărtărescu, a story of a child who continually buys and dissects cheap metal toys to the consternation of his parents.

Cărtărescu fits the profile of fairly well-known Romanian writer. His Nostalgia was published by New Directions in 2005 and numerous short stories have appeared in translation. In 2012 Cărtărescu’s novel Blinding (Orbitor) is due to be released by Archipelago Books. Cărtărescu will also be one of the featured guests at the upcoming PEN World Voices Festival in New York running from April 25-May 1.

A longer, more substantial selection from a writer virtually unknown in English is Adriana Bittel’s “Names.” The story combines a vivid portrait of everyday life in a Jewish family in 1980’s Bucharest with a haunting, dreamlike evocation of a brutal crime perpetrated during the war, with the link between the two sides of the story coming in the characters’ names.

Another standout is Bogdan Suceavă’s “Can You Hear the Shape of a Drum?,” a bizarre story that starts out with a slangy introduction of some of the characters found on Bucharest’s streets and leads into physics, cosmic arcana and an escaped, stampeding circus elephant. Suceavă’s novel Coming from an Off-Key Time was released earlier this year by Northwestern University Press as part of its Writings from an Unbound Europe series.

No anthology can include everyone of course, and though the Absinthe issue offers a wide range of younger, older and no longer living writers possessing widely different styles, they were bound to leave someone out. Filip Florian is an example of a writer not included that has managed to make it into English translation, his novel Little Fingers being published by Houghton Mifflin Harcourt in 2009 and The Days of the King coming out with the same publisher in August of this year.