A window on cultural life in Belarus

A window on cultural life in Belarus 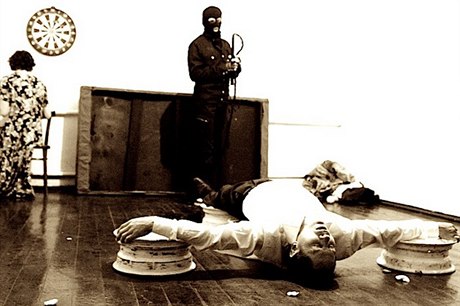 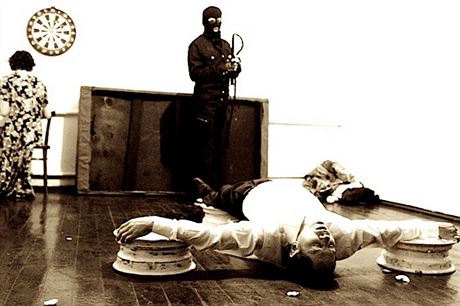 The most recent literalab post recounted the arrest and detention of Belarus Free Theatre director Natalia Koliada and the fact that she and her husband, Nikolai Khalezhin, subsequently went into hiding. Although updates on their whereabouts have been virtually non-existent I will pass on any information I discover. In the meantime you can support their cause and join Václav Havel among others in signing a petition at www.zoneofsilence.org

Mischief + Mayhem is a newly founded publishing collective devoted to bringing authorial voices that fall outside the commercial mainstream to a wider audience. Besides publishing books and a cultural blog it also has a monthly magazine called Wild Rag, the November issue of which was titled Free Belarus.

The issue is a mixture of political lament, of sinister abductions and killings, but also of a cultural and aesthetic side to Belarus that rarely makes its way abroad. An instance of this is an English translation of the play Thanksgiving Day by Nikolai Khalezhin of the Belarus Free Theatre. The issue is edited by one of Mischief & Mayhem’s founding members DW Gibson, who says that the theater group was at the very origin of the Free Belarus issue.

Gibson became involved in the project after meeting Koliada and Khalezhin when the two BFT members were invited to Ledig House International Writers Residency Program, where Gibson serves as director. Ledig House runs a program called Critical Dialogue in coordination with artist human rights advocate group freeDimensional in order to bring together artists in distress and the human rights workers whose expertise could potentially help them.

“We invited Natalia and Nikolai to participate in the ‘Critical Dialogue’ program. It was during this experience that I became familiar with their work, their political circumstances, and the upcoming elections. Of course I had some awareness of the political situation in Belarus, but it was here that it all came into focus for me,” Gibson said.

Like some of the theater group’s plays themselves the magazine issue aims to blend the openly political with creative texts to give a deeper and more nuanced picture than readers were likely to be getting from reading or watching the news. “The goal was to raise awareness, particularly in the US, about the creative energy, attitudes, and points of view coming out of Belarus - all under the shadow of the political situation,” Gibson said.

One of the most striking pieces in the issue is Artur Klinov’s photo essay “The Sun City of Dreams.” Stark, almost whitewashed images of Minsk’s neo-imperial architecture are accompanied by a fascinating account of the set-like surrealism that characterizes the capital of Belarus as an absurd shadow of the Soviet Empire and its utopian aims.

Thanksgiving Day recounts the story of a formerly successful Belarusian businessman who gives up his former life to immigrate to the US and works taking care of a cranky old invalid. While the two characters seem to hate each other at first the build up of genuine feelings between them is done with true mastery and though it seems a departure from most of the BFT’s more experimental work it appears there was a purpose to this as well.

In conjunction with the Free Belarus issue there have been a number of performances of Khalezin’s play in US cities such as New Orleans, Austin, Seattle and Providence. “So far the reactions in the US to the play readings have been utterly enthusiastic. For most who hear Nikolai's play, there is an immediate recognition because he uses a familiar setting and some familiar approaches to comedy,” Gibson said.

“But then there is a sort of backdoor that audience members enter where they are introduced to the Belorussian identity through the perspective of the play. And this is the ‘after effect’ if you will, of the play - the moment when most viewers, for the very first time, become curious about Belarus; which is, of course, exactly the point.”